Luxury, quality and craftsmanship are the benchmarks of American-grown, extra-long staple Supima cotton.

Only the finest Supima cotton is used in the 1000 thread count Cavendish-Tagg bed linen range. 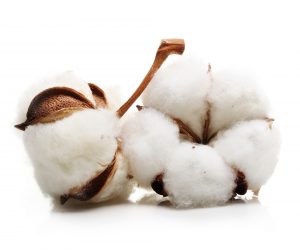 The great thing about using Supima® cotton is that you are getting the highest quality, extra-long staple cotton available! Many experts say that pure 100% Supima and pure 100% Egyptian cotton are the best cottons in the world today. Quite often it’s a personal choice. Cavendish-Tagg bed linens are ONLY made from 1000 thread count Supima or Egyptian cotton with no compromises. Quality of cotton used in our linens are our top priority.

The History of Supima

Egyptian, Pima and Supima® cotton share common ancestry, as the extra-long staple variety they both possess originated in Egypt. In the early 1900’s, a premium version of that cotton was grown in Arizona, and became known as Pima (to honour the Pima Indians who tended the cotton fields there.) This type of American cotton later became known as Supima, or “Superior Pima”. In 1951, the American Supima Association (ASA) was formed, to oversee the use of Supima cotton in American products. To this day, the ASA ensures that only manufacturers who incorporate Extra-Long Staple Supima cotton in their products can use the Supima name and trademark.

Supima is essentially a non-profit organization, founded in 1954 in the United States and whose main objective is to promote the use of American Pima cotton around the world. It is involved in quality assurance and research programs to ensure the highest standards of extra-long staple cotton production. Its name includes the term Pima, a world recognised name for the highest quality American cotton. Pima cotton is a much-desired “extra long staple” cotton, which can be woven into softer and more durable fibres than most other types of cotton. Pima cotton is a generic name for extra-long staple (ELS) cotton grown in the U.S. and in very, very limited production. Pima is from the gossypium barbadense species of cotton.

The Strength & Softness Of Supima Fibre

Supima is twice as strong as regular cotton, which makes for extraordinarily resilient products. The longer fibre resists pulling, breaking and tearing and is incredibly soft, all of which result in the unbelievable quality of the Cavendish-Tagg Supima bed linens.

Not all cottons are equal.  SUPIMA and regular cotton are in fact two different and distinct breeds of cotton.  The most common type of cotton grown around the world typically has a short fibre length, most are less than 2cms, whereas SUPIMA cotton is at least twice as long, sometimes even more.   Longer fibres contribute to the strength and softness of the Cavendish-Tagg bed linen, thus ensuring that they are more comfortable, retain colour longer and resist pilling.  Shorter fibres produce yarns that are rougher and subject to pilling on the surface of the product over time. 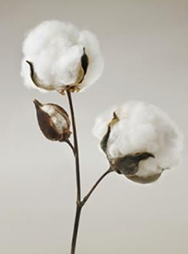 Supima, like Egyptian cotton,  costs two to three times the price of regular cotton.  It is the most premium cotton product, and thus much more expensive to produce.

Egyptian cotton is the finest, longest-staple of all.  Grown in the Nile River Valley, Egyptian cotton produces an extremely soft and supple weave.  However today it is recognised that both Supima and Egyptian cotton offer the most comparable  luxurious texture and long-lasting durability, far more than any other cotton by some considerable margin.

These cottons with an extra-long staple (ELS) fibres are more breathable, produce less lint and become softer over time with use. 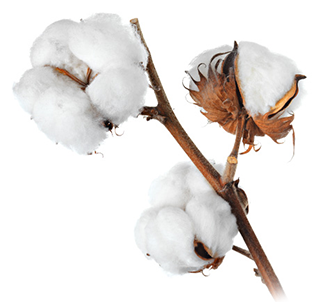 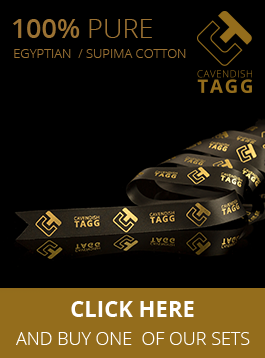 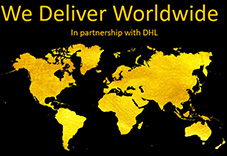